The Society for Laingian Studies - An international society dedicated to furthering discussion, research and scholarship in the philosophy and practice of the late psychiatrist, Ronald David Laing. 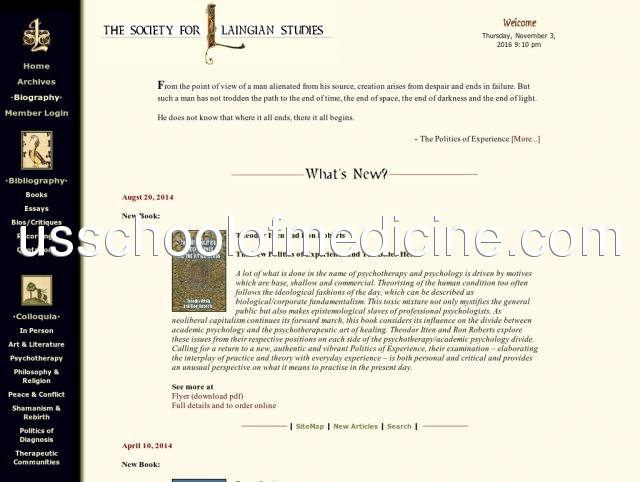